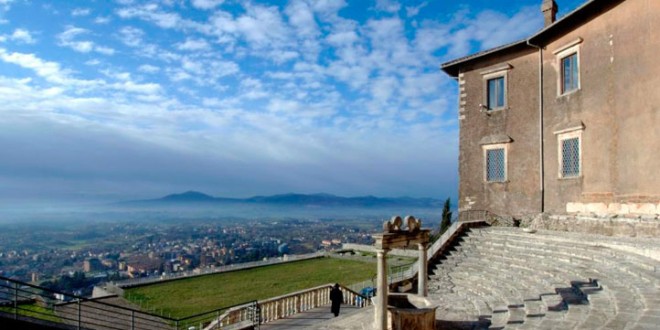 The archaic age (6th-5th century BC)

For the period of Archaic age the testimony about necropolis are much more limited/rare, although still demonstrate a continuity of relationships with the Etruria, and we may assume that it is a period of crisis for the city of Palestrina, at least until the end of the 6th century BC, although it is possible that this lack of documentation depends on the dispersion of the material during 19th century excavations.

With the first half of the 5th century BC valuable objects are again numerous and allow us to suppose that in the city lived prosperous social class, able to make fine ornaments and bronzes, of Etruscan production, coming in particular from the vally of upper Tiber, especially from Chiusi and Volsinii, the cities that in that very period underwent considerable growth and expansion.
However, the fact that the number of items of funerary dowry placed in individual burials is less compared with the previous period, coincide with a common phenomenon in Rome (known in the Esquiline necropolis) and other Latin cities, that probably comes from specific legal rules, the so-called Sumptuary laws, of Greek origin, aimed to limit luxury in funerary practices.

In fact, parallel to the reduction and simplification of the tomb dowry, noticed in the city of Praeneste, as in the other Latin cities, a bloom and an enrichment of the sanctuaries, both in the decoration of churches that in quantity of votive offerings, indicates a different destination/target of the accumulation of wealth. Room 15 of National Archaeological Museum of Palestrina preserves the oldest specimens/examples of ornamental pottery found in Palestrina, some of which are surprisingly well preserved.

The National Archaeological Museum of Palestrina

The National Archaeological Museum of Palestrina, hosted inside the Colonna-Barberini Palace, was opened in 1998; …